Hello, everyone. How are you doing?

Our departure point is… Tachiaigawa Station.

Ryoma Sakamoto stands firmly in front of the exit.

He led to “Edo Muketsu Kaijo (Opening castle without blood)” with flexible thinking.

He was not good at studying when he was a little child.

His teacher needed to be strict as he was not able to swim though he kept trying.

He was not good at studying when he was a little child.

His teacher needed to be strict as he was not able to swim though he kept trying.

He saw the arrival of Perry (black ship) when he was patrolling the estuary of Tachiaigawa River.

This might have been the time he dreamed “I want to see the world”.

Walking towards east, the old Tokaido Road came in site where Ryoma probably had passed through.

There are old buildings and shops along the street.

You will feel comfortable surrounded by the idyllic atmosphere.

I found the remained site of Suzugamori where Gompachi Shirai was killed at.

Going up along the canal, you will see some fishing boat shops.

According to Iwata Fishing Boat Shop, it is now season for flatfish and rockfish.

For fishing lovers, I would like you to check out our fishing blogs also.

Walking towards Samezu Station, I found a temple located right next to the station.

Gods of water and sea are existing at temple, Samezu Hachiman Jinja.

The fact that fishery made this place prosperous seems reasonable by learning about this temple.

Samezu is known for the driver’s license examination center.

I do not have to stop by there as I already had my license renewed the other day.

It is quite rare to find a collaboration of a temple and an elevated railroad.

This is Hakusenji. This is not a temple for boats but for haiku.

The chief priest invited Basho MATSUO who was a famous haiku poet one day.

Since then, many haiku poets gathered and made hundreds of haiku.

Going up a hill called “Kurayamizaka” in front of Hakusenji, I found a natural monument.

“The Tabunoki (machilus thunbergii)” is over 300 years old!

You can find this kind of tree at seaside areas in Japan.

It is very strong and imputrescible that is not easy to process.

This table is made from tabunoki. I hope you like it.

It is “Sendai miso factory” which you can buy miso by measure.

You can taste and enjoy miso that is made from 100% Japanese soybeans under the situation that self-sufficiency rate of soybeans in Japan is now under 10%.

See you next time! 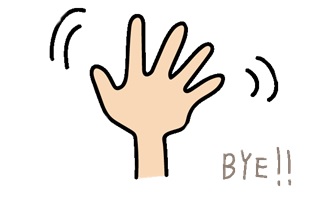